“Yet the surrounding Feijenoord area, still feels like it belongs to the game. Its rundown bars embellished with tatty pictures of its beloved soccer playing stars. This is a football patch par excellence, a rare part of Holland where you feel as if football, and doubtless much more, is still being practised in the streets.” 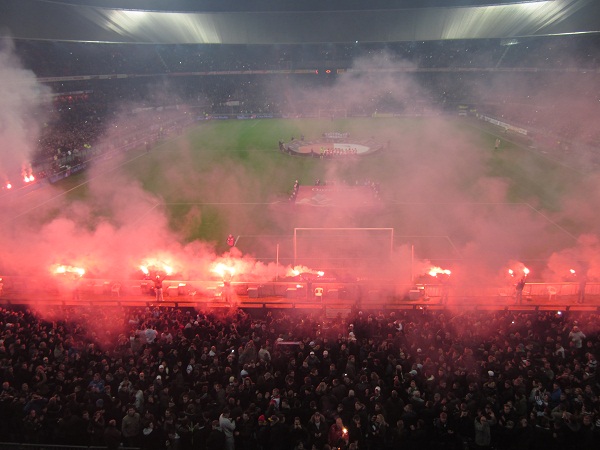 “The Feyenoord roar was the first of its kind in Holland, and these days the stadium atmosphere, still the best in the country, is generated by footstamping and songs’